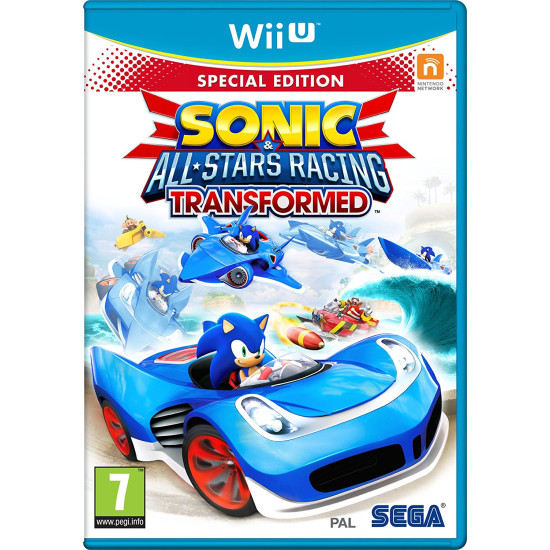 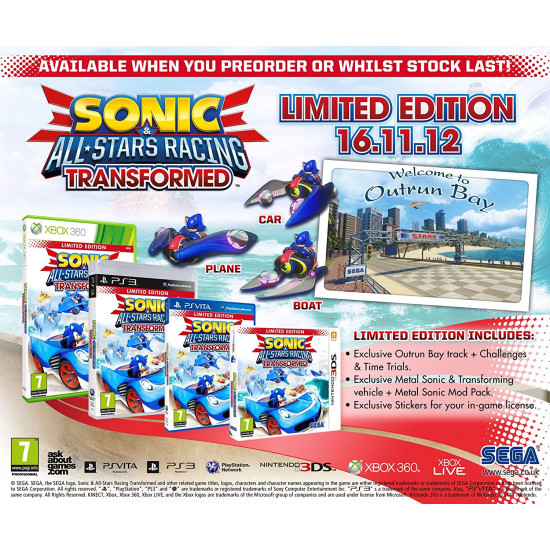 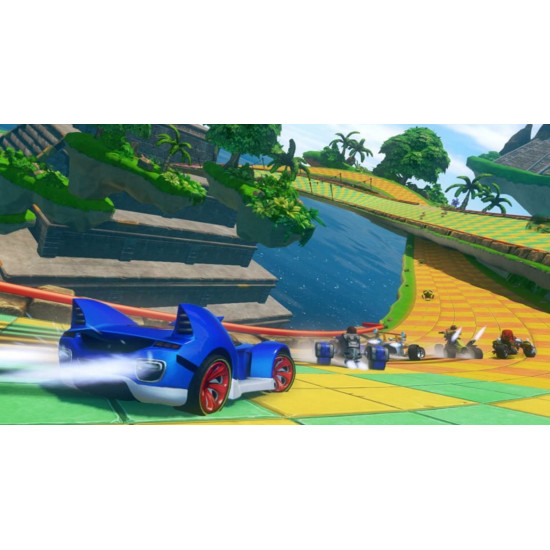 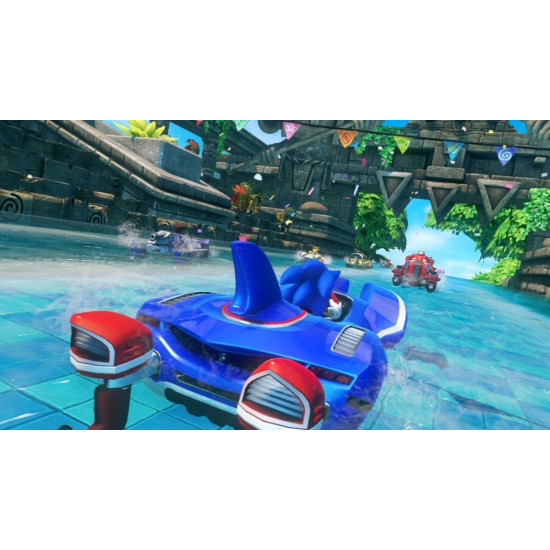 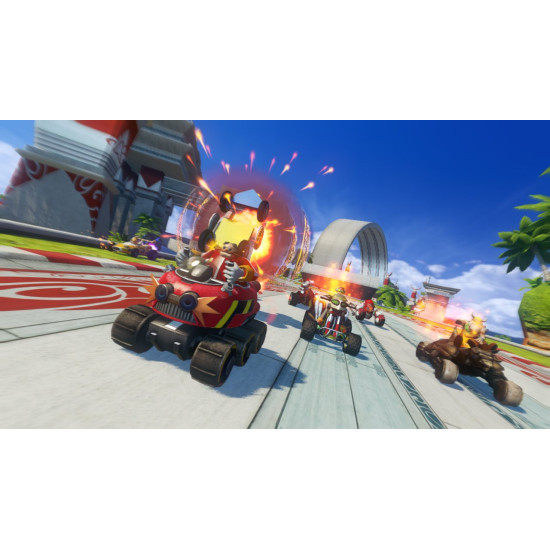 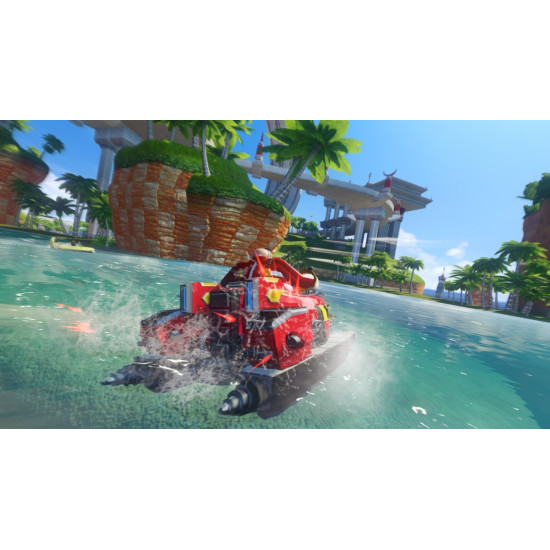 Exclusive Stickers for your in-game license

Choose Your Racer: Race as over 20 legendary All Stars. The starting line-up has been transformed as new iconic characters from the world of SEGA join the race. What other game sees a hedgehog battle it out against a monkey, a sky pirate and an axe wielding dwarf!

Fully Transformable Vehicles: This is no ordinary race. Each character is equipped with their own unique vehicle that can transform into a car, boat and plane to take advantage of the changing terrains. Each vehicle handles differently and players must master all three to triumph.

Tools of Devastation: Utilise an arsenal of devastating weapons which require skill to aim, shoot, evade and block. The All-Star Moves also return, this time the more daring and stylishly you race, the more your All-Star meter increases allowing you to unleash carnage on your opponents!

Ultimate Gaming Experience: Old rivalries can be settled and new ones created in up to 10 player online. Journey through the All-Stars’ world to take on a huge range of modes and challenges, including Grand Prix, Battle arenas and an incredible world tour.

Transform into a Car: Boost and drift your way around the track.

Transform into a Boat: Tackle dynamic rapids and huge waves to beat rivals.

Transform into a Plane: Take to the skies to barrel roll and dogfight to victory.

Wii U GamePad Functionality: Use the GamePad as a map, weapon camera or rear view mirror, utilize tilt controls, or swipe the screen at any time to move the action from your TV to the GamePad’s screen.

Wii U Game Modes: Utilise the Wii U Game Pad in exclusive multiplayer modes. Chase down the competition as Joe Musashi from Shinobi, or use your monkey ball to squash your friend before they collect all the bananas!

5-player Splitscreen: four players on the TV and one on the Wii UGamePad – splitscreen has literally transformed!

Playable Miis: Play as Miis with their own transforming vehicle.