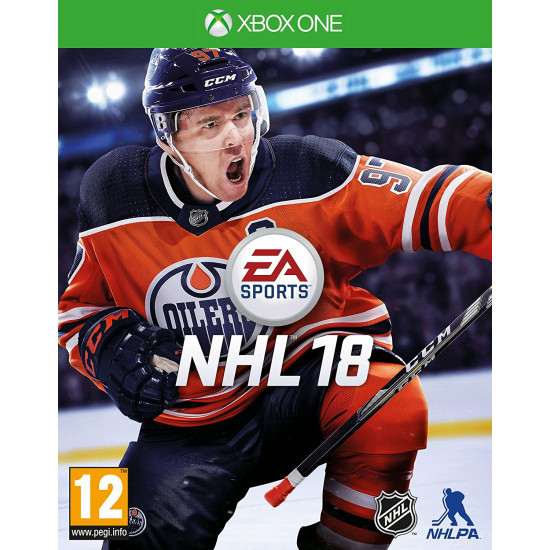 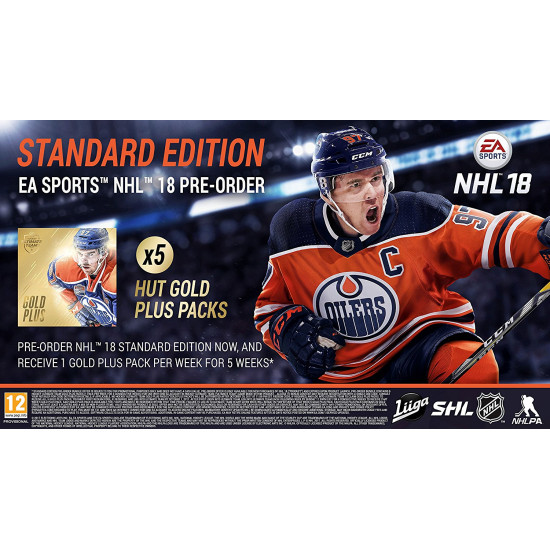 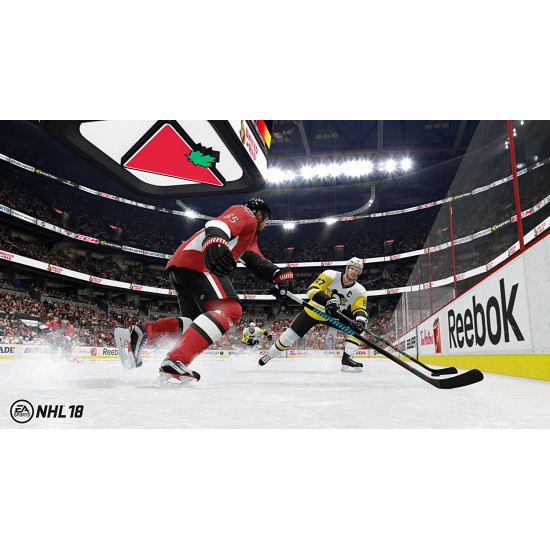 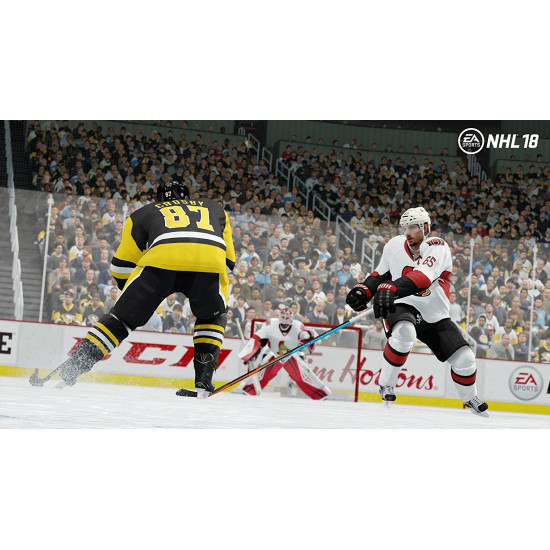 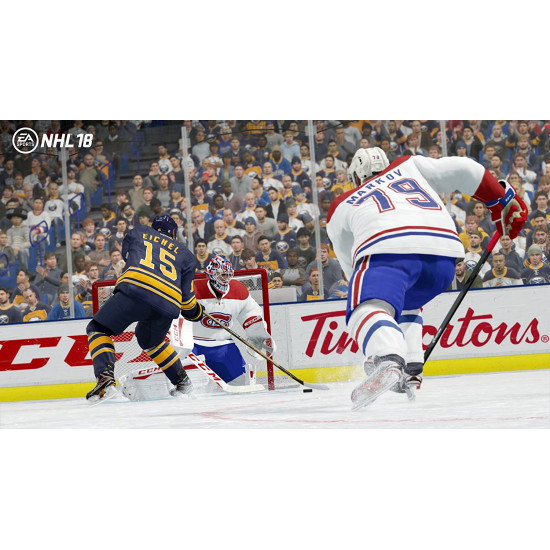 EA SPORTS NHL 18 delivers the speed, creativity and action of today's young NHL superstars with new Creative Attack controls and an all-new Defensive Skill Stick. Play the fast-paced, arcade-inspired 3-on-3 NHL THREES mode, or create your own custom 32nd NHL team with the new Expansion Draft. Do it all with the most co-op and competitive multiplayer options ever in an EA SPORTS NHL game.

THE ICE IS YOUR PLAYGROUND

DEFENSIVE SKILL STICK- The new Defensive Skill Stick gives you full control over your stick to target poke checks, keep your stick extended against an attacker to disrupt a play, and even sweep your stick back and forth to cover a zone.

CREATIVE TEAMMATE A.I.- Your A.I. teammates now leverage all the same creative deking and passing tools that you do, creating smarter plays up and down the ice. Teammates are better at finding you in breakout opportunities through off-the-boards bank passing, lead passing and improved positioning. A.I. will also use the new Defensive Skill Stick, making them more effective teammates in your own zone.

AUTHENTIC 3-ON-3 EASHL- You no longer need all five of your teammates to fill an EASHL match. Jump into 3-on-3 and experience a whole new competitive arena. Bringing authentic NHL 3-on-3 overtime to EA SPORTS Hockey League, you can now choose to play 3-on-3 full matches, opening up more ice for you and your teammates to get creative, pull off big plays, and showcase brand new skill moves. With more space to attack - and to make mistakes - 3-on-3 EASHL is higher stakes with more competition and skills.

NHL THREES- An all-new 3-on-3 hockey experience with bigger hits, faster action and more open-ice to create big plays, beautiful dangles and more goals. NHL THREES is inspired by fun, pick-up-and-play arcade sports games where you can play any way you want to, online or offline, co-op or competitive.

CAMPAIGN MODE- NHL THREES features a complete single-player campaign mode where you compete against different teams and leagues in a circuit-style journey. Progress through the campaign and unlock objective-based rewards along the way - including new teammates, jerseys, logos and even a few surprises!

ALL ACTION- Jump into NHL THREES and keep the pace fast and exciting after the puck drops. No offsides and no icing means anything goes and the fun doesn't slow down. Every penalty sends you straight to center-ice for a penalty shot and the chance to earn a crucial goal.

THREES ONLINE- NHL THREES features Online Vs. and Online Team Play to jump into the fast, fun 3-on-3 hockey on a team with your friends. Join two other friends and pick your team before jumping online against three other friends in a full six-player competitive, over-the-top hockey game.

PLAY BY YOUR RULES- In NHL THREES, you decide how to win the game. Flip a coin to determine the rules and the winner chooses how many periods to play or what goal limit determines the winner. Gotta win by two? It's all up to you. Capitalize on opportune Money Pucks with varying point values to change the dynamic of the game and secure a big win.

ULTIMATE COUCH CO-OP- Team up with your friends and play NHL THREES cooperatively or competitively with the most combinations of mixing local and online co-op play than previous any EA SPORTS NHL game.

EXPERIENCE EXPANSION IN THE NEW NHL

EXPANSION DRAFT - Reshape the entire NHL with the new Expansion Draft feature in Franchise Mode where you get to create and draft a 32nd NHL team and shake up the league. Run an authentic expansion draft where you select the best players from across the league, build a unique roster and take on the front office role to manage the team, the business and the games. Or if you’re playing as an existing franchise, protect your current team roster in the Expansion Draft by setting your own Protected Player list.

MORE EXPANSION LOCATIONS- You select the hometown for your 32nd expansion team, from cities all across North America and even in Europe - from Stockholm to Helsinki to Berlin to St. Petersburg. You choose the place and team and compete to bring the Stanley Cup back to your hometown.

CREATE-A-MASCOT- Once you've drafted a new NHL team, use the new, deeper Creation Zone customization tools to choose your city, build an arena, design a uniform and a logo, and for the first time ever - design your very own custom mascot.

VEGAS GOLDEN KNIGHTS- Be the fir