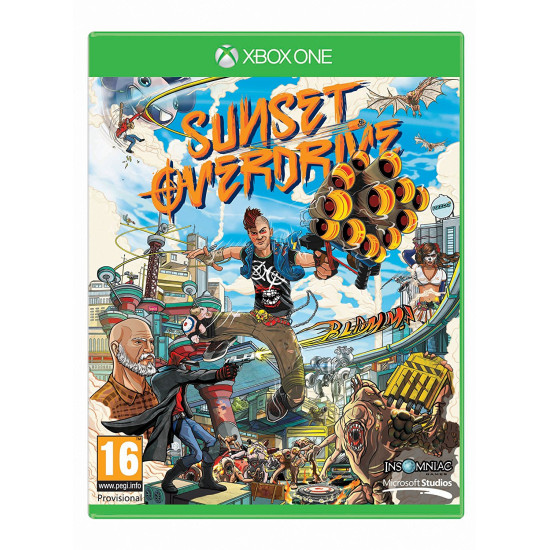 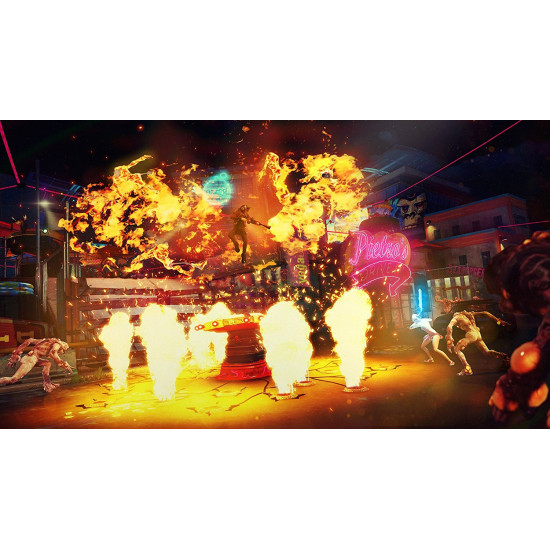 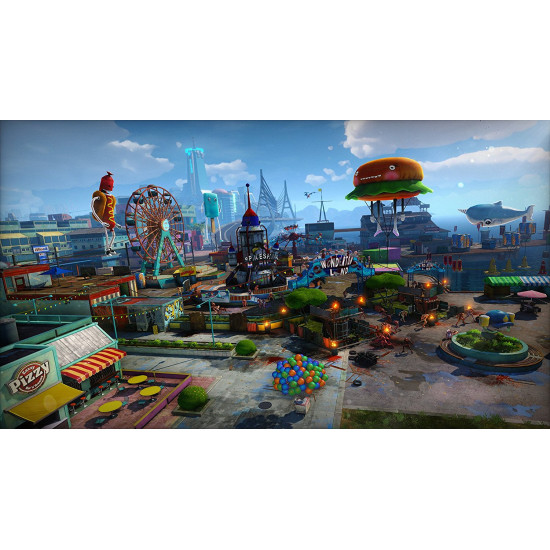 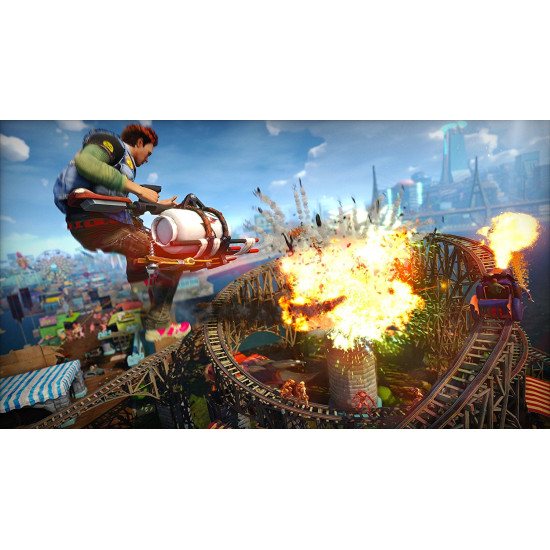 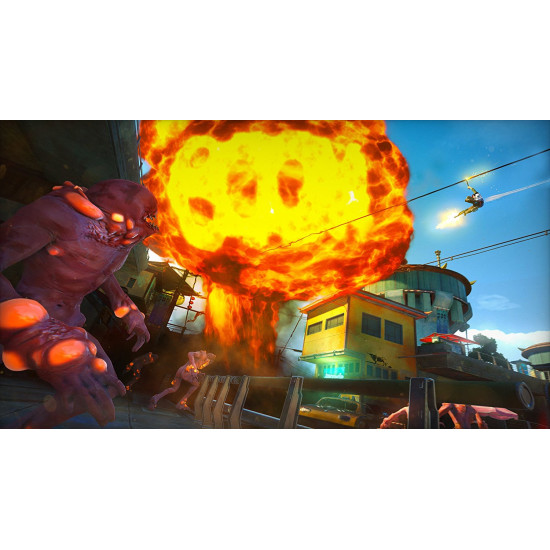 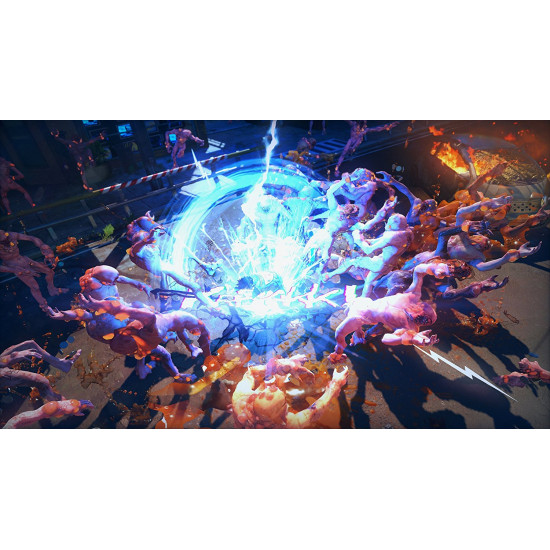 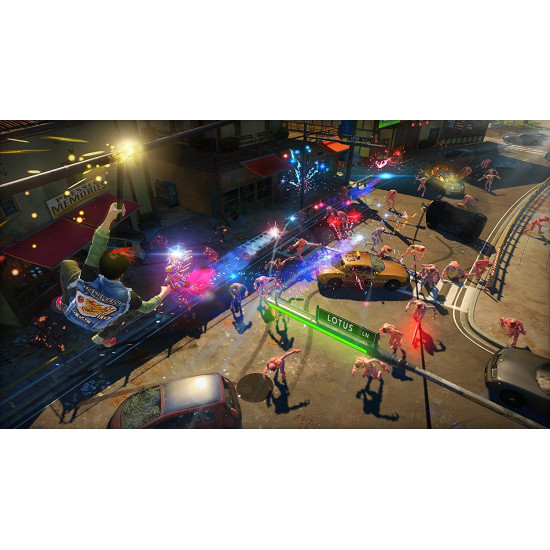 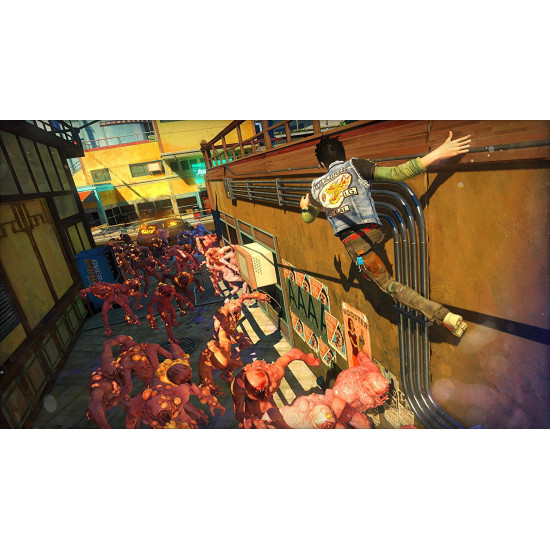 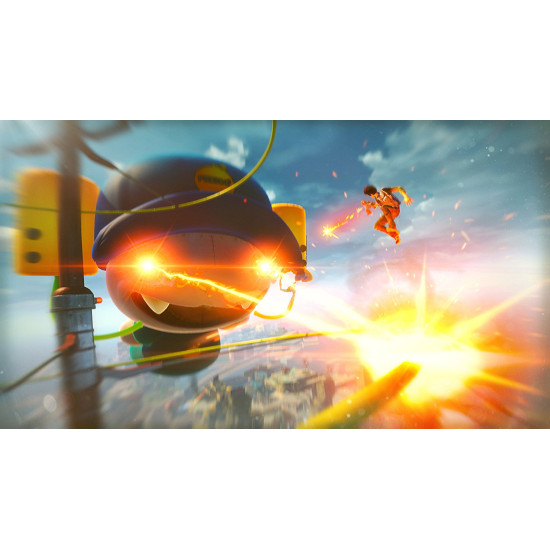 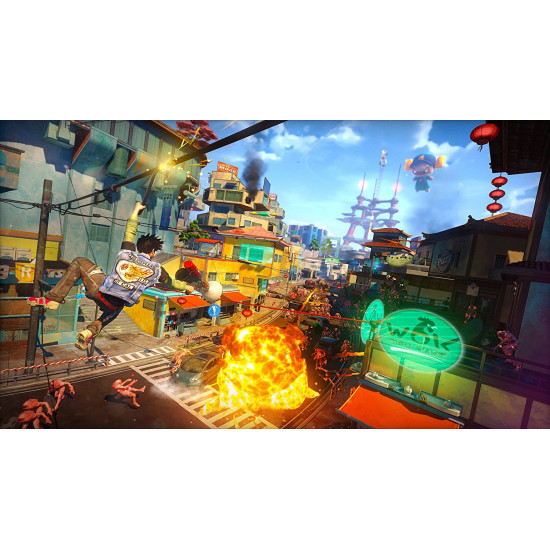 2027. Sunset City. A contaminated energy drink has transformed most of the population into toxic mutants. For many it’s the end of the world, but for you it’s a dream come true. Your old boss? Dead. Your boring job? Gone. Transform the open world into your tactical playground by grinding, vaulting and wall-running across the city while using a devastating, unconventional arsenal. With hyper-agility, unique weapons, and customizable special abilities, Sunset Overdrive rewrites the rules of traditional shooters and delivers an explosive, irreverent, stylish, and totally unique adventure exclusively to Xbox One.

An Open World with No Rules

Leap off buildings, run along walls, and grind power lines and rails to destroy your foes from every angle.

Collect and upgrade an arsenal of unconventional weapons that use items like dynamite, fireworks, harpoons, and acid to destroy your enemies.

Seamlessly transition from campaign to Chaos Squad, an 8-player cooperative experience. Vote on which objectives to attempt throughout the city, survive epic battles, and earn awesome in-game rewards.

Sunset Overdrive lets you and up to seven other players team up on Xbox Live in an action-packed online mode called “Chaos Squad.” Players join together to cause havoc throughout the city, voting on a series of missions with a risk-reward mechanic. Do they boost the Chaos level of the city, increasing both the difficulty and the potential rewards? Or do they take a team power-up, sacrificing some rewards to make things easier?

Culminating in a cooperative version of Night Defense, successful players unlock big rewards including in-game cash, Overcharge, crafting recipes, new weapons and vanity items. The seamless transition between the campaign and Chaos Squad lets you keep your newfound winnings across all game modes. Powered by Xbox Live, Chaos Squad lets you switch from campaign to online multiplayer and back virtually instantly.

Sunset Overdrive will bring a new level of community interaction. New events and content will be introduced into the game at regular intervals post-launch, and players will have the opportunity to determine items they can earn permanently in subsequent updates.3 Sunset TV, a weekly show that streams inside of Sunset City, will also bring the voice of the developer into the game on a continuous basis, and player feedback will shape the long-term evolution of Sunset City.