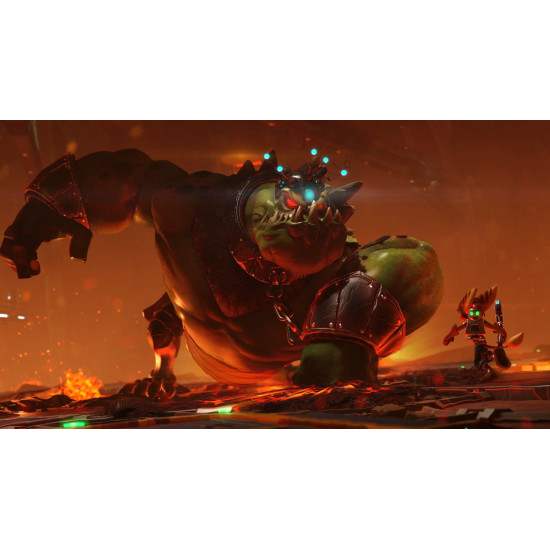 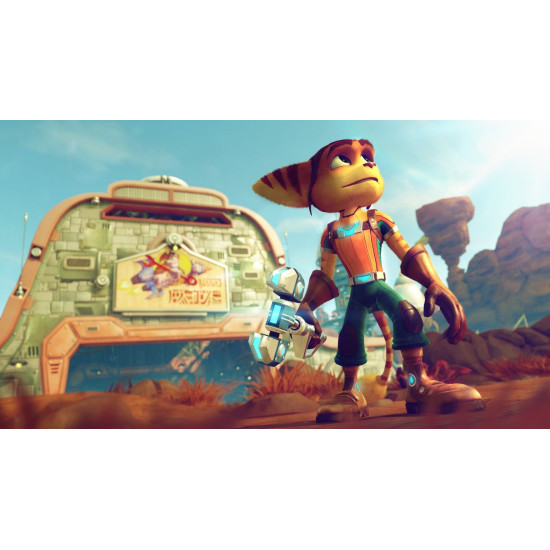 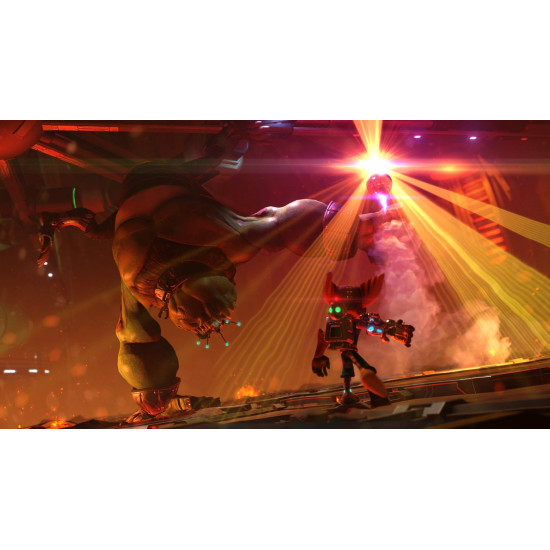 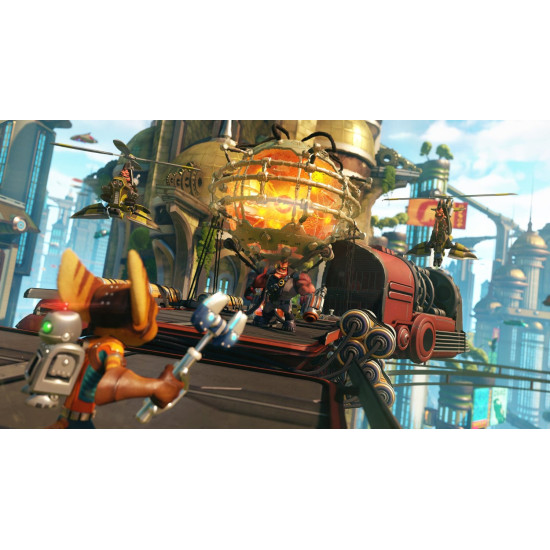 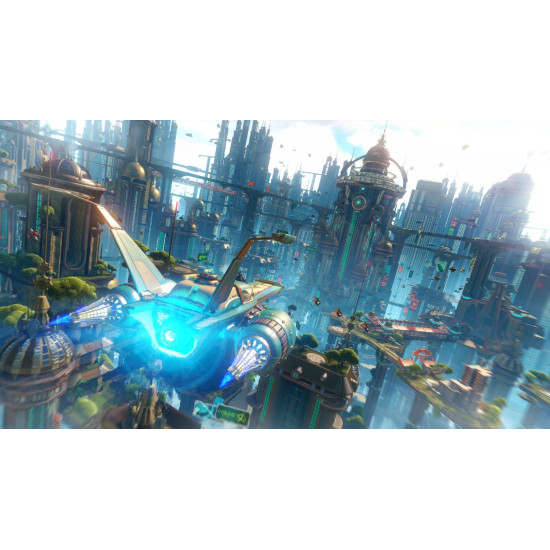 With an hour of new cinematics (including footage from the film), Ratchet & Clank (PS4) takes a deeper look at the characters’ origin stories and modernizes the original gameplay. Explore the galaxy in a game that features new planets, new and updated gameplay segments, all-new bosses, all-new Clank gameplay, all-new flight sequences, and much more --- with completely new visuals built to demonstrate the power of the PS4!

Battle your enemies with an out-of-this-world arsenal, including new weapons and fan-favorite tools of destruction from the Ratchet & Clank Future series. From the brand new Pixelizer (which transforms enemies into explosive 8-bit pixels) to franchise favorites like the dance-party-inducing Groovitron and wise-cracking robotic bodyguard Mr. Zurkon, Ratchet & Clank’s arsenal has never been better.

Help Ratchet and Clank save the galaxy for the first time, again, exclusively on PlayStation4! 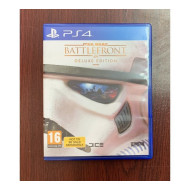 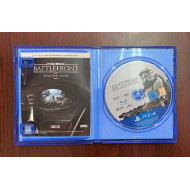