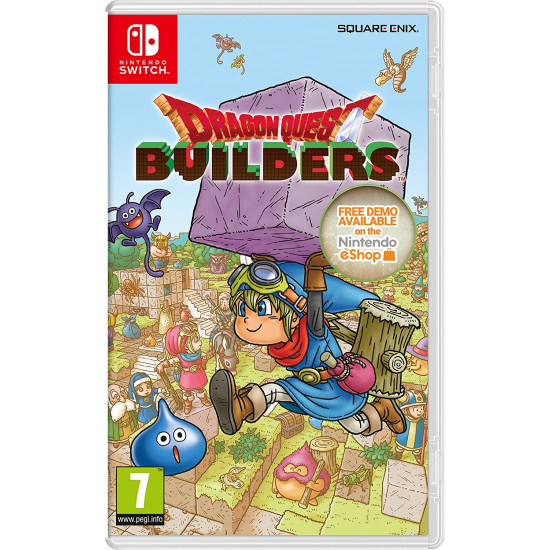 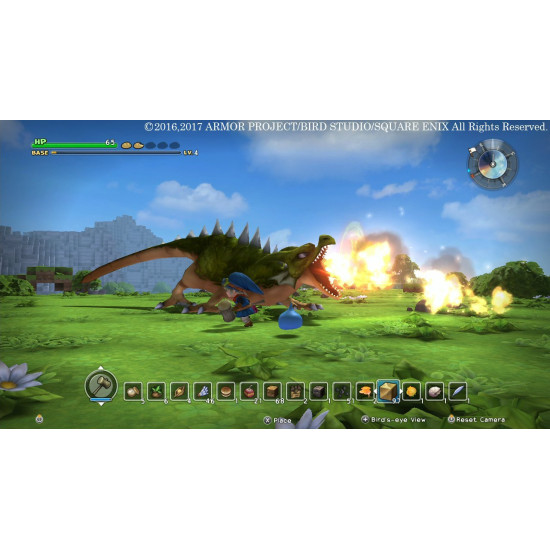 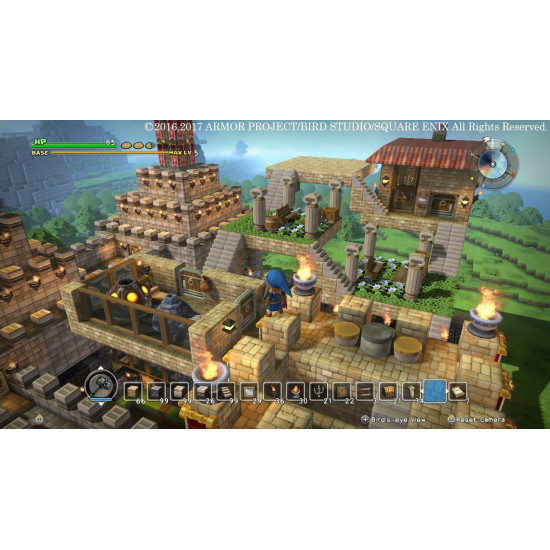 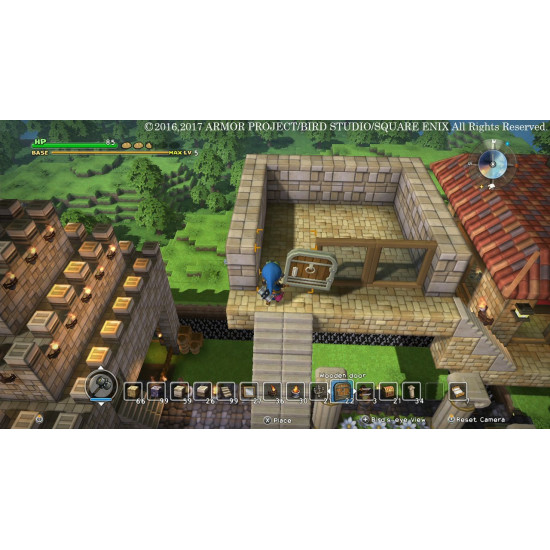 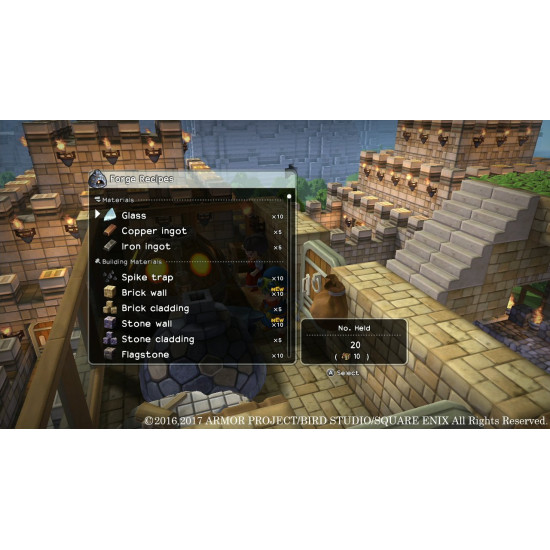 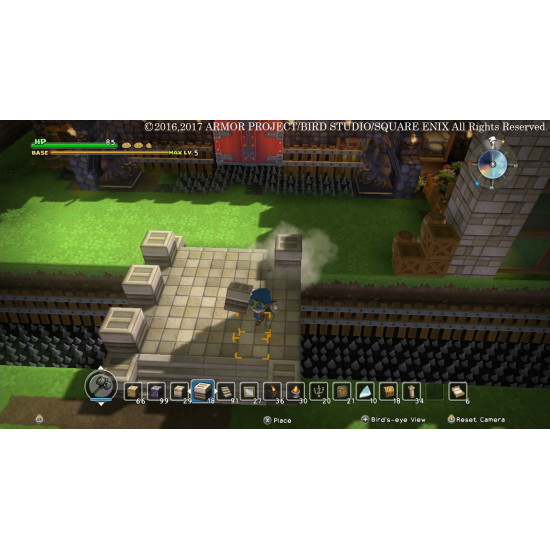 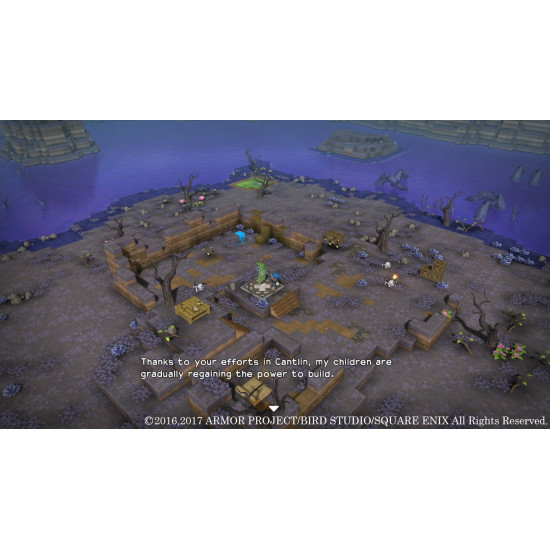 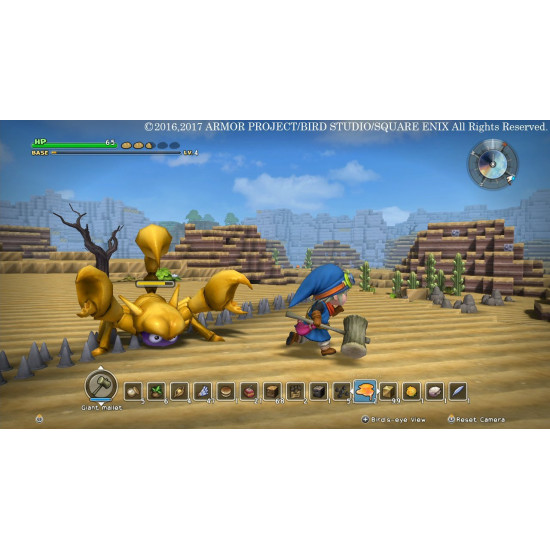 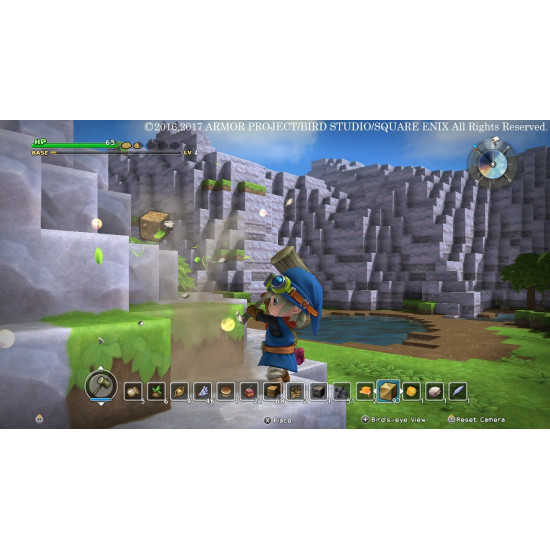 Gather, craft, and build the kingdom of your dreams to restore the ruined world of Alefgard!

As the legendary Builder, you'll construct rooms, towns, and defenses while fighting monsters. In Terra Incognita, build freely, share creations online, battle in an arena, and access exclusive content to the Nintendo Switch version of the game!

You're the only one in Alefgard who can rebuild and level up its ruined towns to attract new residents and raise their strength. But be wary: increasing a town's level will also lure the Dragonlord's monsters! So, join residents and fight back! When you defeat monsters and break blocks of the environment, you'll earn materials for crafting items and building structures. Enjoy content exclusive to the Nintendo Switch version in Terra Incognita: ride a Great Sabrecub, slay foes for Pixel Blocks, and use them to build a Dragon Quest Game Pak so you can access more items for building! The land is yours to rebuild... The goddess Rubiss has spoken!

With Nintendo Switch, you can take Dragon Quest Builders with you, wherever you like! What’s more, a Nintendo Switch exclusive Great Sabrecub will boost your speed and grant you special material by defeating enemies.

A world in chaos!

Generations ago, the realm of Alefgard was plunged into darkness when the hero fated to slay the terrible and treacherous Dragonlord, the ruler of all monsters, instead fell into his trap!

Play through a tale of epic proportions!

Through the King of Darkness' evil powers, mankind was scattered to the winds and robbed of the power to build. With even the idea of creativity relegated to mere legend, the people of Alefgard wander the ruins of their former home, scrounging and scavenging in the dust to survive.

The goddess has spoken

You have been chosen by the goddess Rubiss. Rise as a legendary Builder in a tale of epic proportions, and explore a vast sandbox world to gather materials, craft items and build everything imaginable.

Master the art of construction, shape your own towns however you want, defend them from monsters, and rescue townsfolk in need. Succeed and you may just rebuild Alefgard, the very same world where the Dragon Quest series began.

Only when the wonder of imagination has been returned will mankind be able to overthrow the evil Dragonlord once and for all.

A separate free build mode allows you to build to your heart’s content with unlimited resources – the intuitive control system will have you building the towers and castles of your dreams in no time! What will you create? 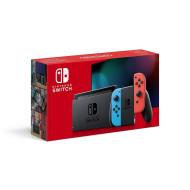 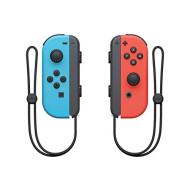