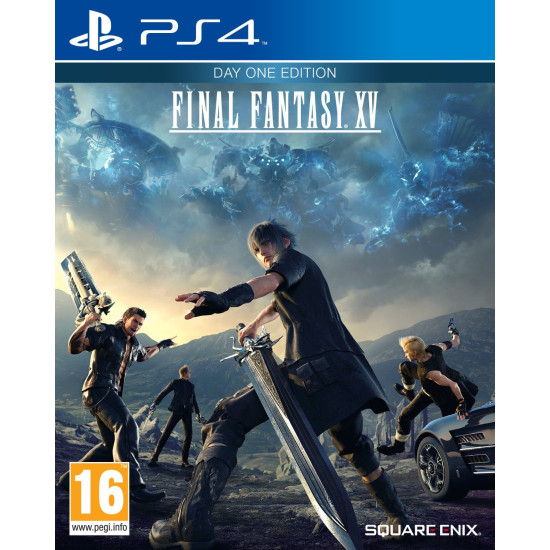 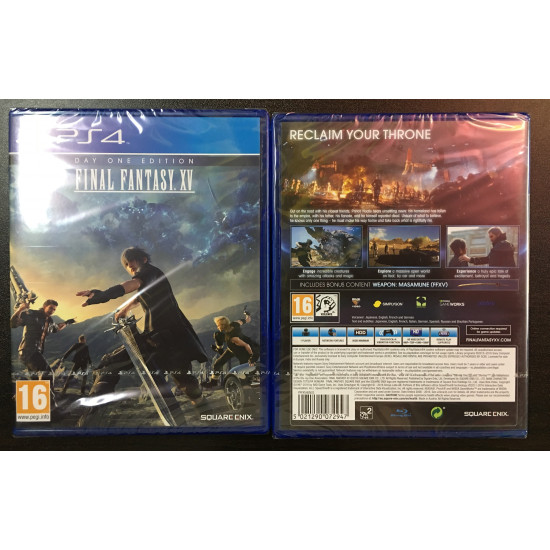 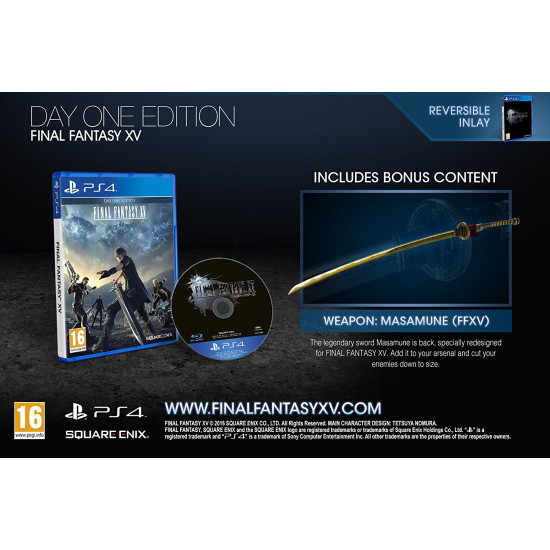 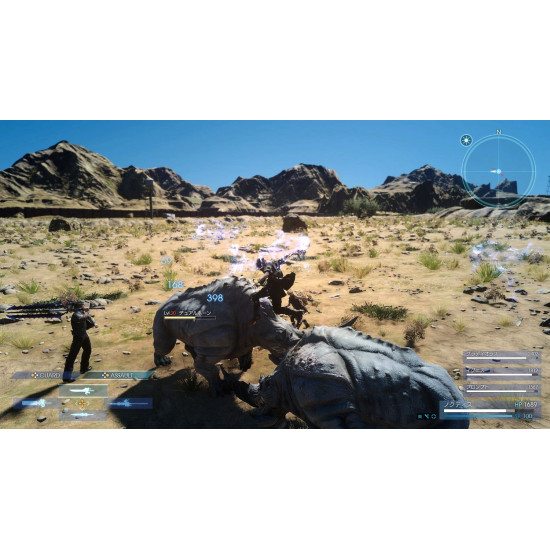 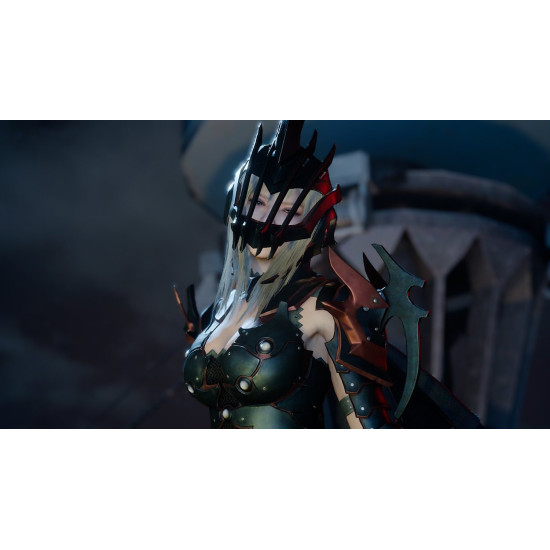 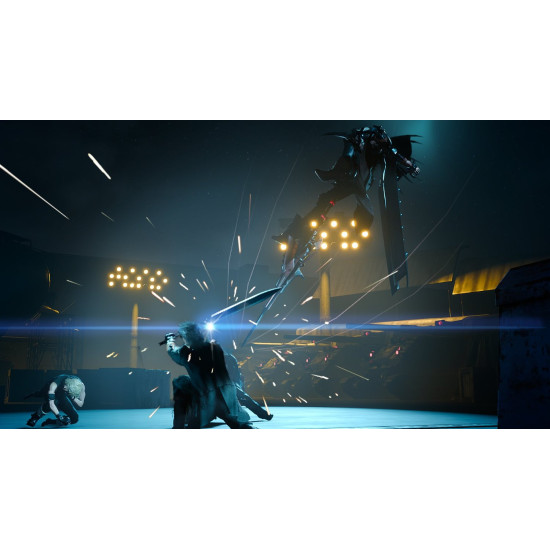 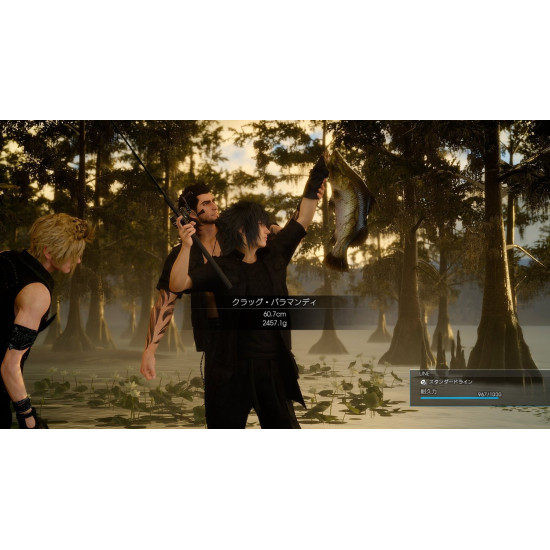 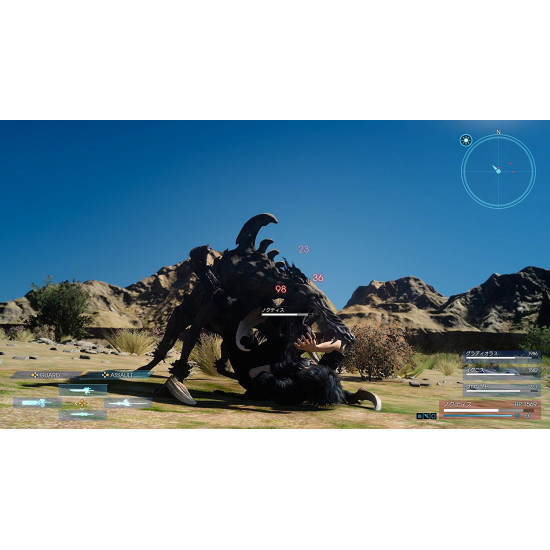 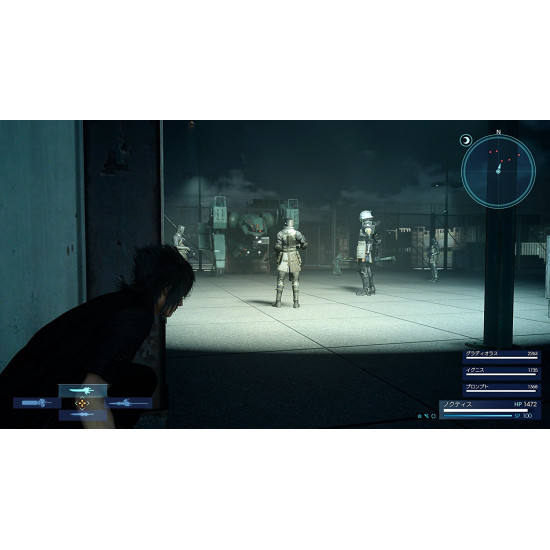 Enroute to wed his fiancée Luna on a roadtrip with his best friends, Prince Noctis is advised by news reports that his homeland has been invaded and taken over under the false pretence of a peace treaty – and that he, his loved one and his father King Regis, have been slain at the hands of the enemy.

To gather the strength needed to uncover the truth and reclaim his homeland, Noctis and his loyal companions must overcome a series of challenges in a spectacular open world that is filled with larger-than-life creatures, amazing wonders, diverse cultures and treacherous foes.

Noctis: Heir apparent to the Lucian throne, Noctis's trials begin when he sets forth from the crown city in order to wed the Lady Lunafreya Nox

Fleuret. In combat, he wields spectral weapons which he forges from thin air, a power possessed by those of his royal line.

Gladiolus: The Amicitia family has long served as the shield protecting the kings of Lucis and their household, and Gladiolus is its eldest son. The bond he shares with Noctis transcends that of a bodyguard and his liege. With his prodigious strength, he stands ever ready to keep his companions from harm.

Ignis: Ignis was raised alongside Prince Noctis to be adviser to the heir apparent. An intensive education instilled in him the resourcefulness and composure required for the role, his tactical acumen proving invaluable over the course of the prince's journey.

Prompto: Fast friends with Noctis since they met as teenagers, Prompto is a young man of common birth who finds himself out of his depth when tragedy befalls Lucis. Nevertheless, he strives to carry more than his own weight, lightening his companions' burdens as well as their spirits.

Luna: Luna made many fond memories with Noct in their childhood, but their days of innocence ended abruptly when the empire overtook her home of Tenebrae. Through adversity, she became the youngest Oracle in history. Adored and respected the world over, she now travels in search of communion with the gods to aid Noct on his journey.

Regis: The reigning monarch of the Kingdom of Lucis, Regis raised his son, Prince Noctis, on his own. For long years, he has sustained the Wall, a magical barrier that encases the Crown City, protecting it from invasion. However, tragedy would befall him at the treaty signing with Niflheim, during which he was reportedly slain.