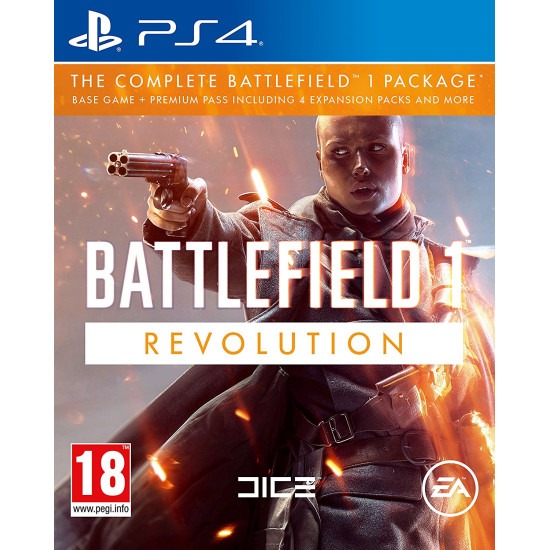 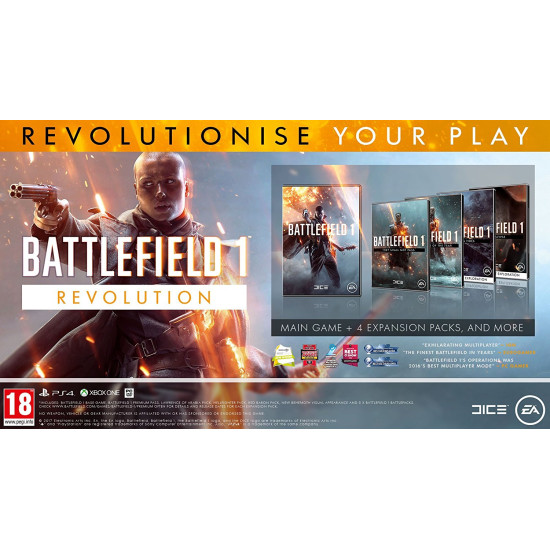 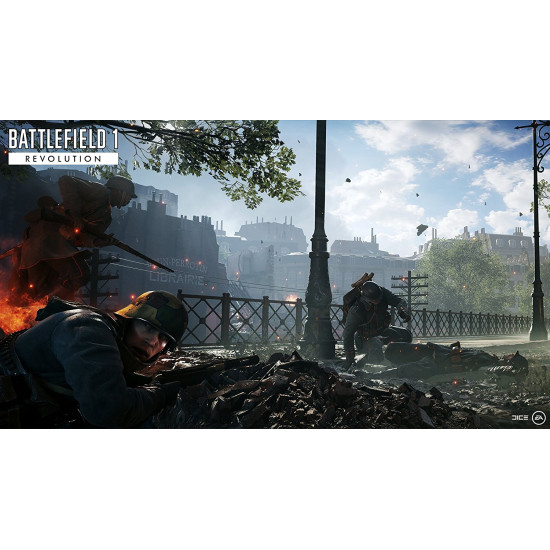 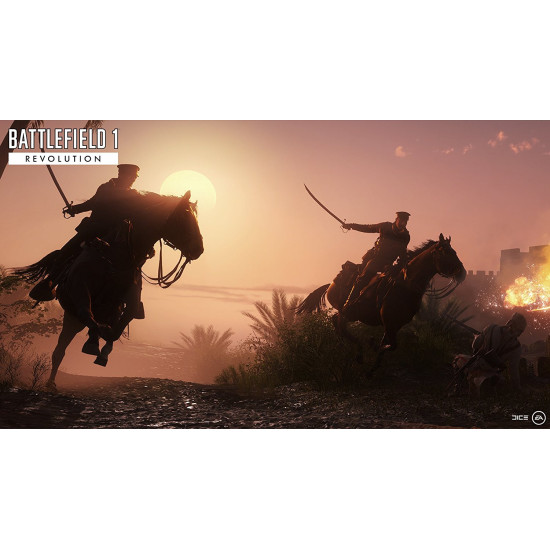 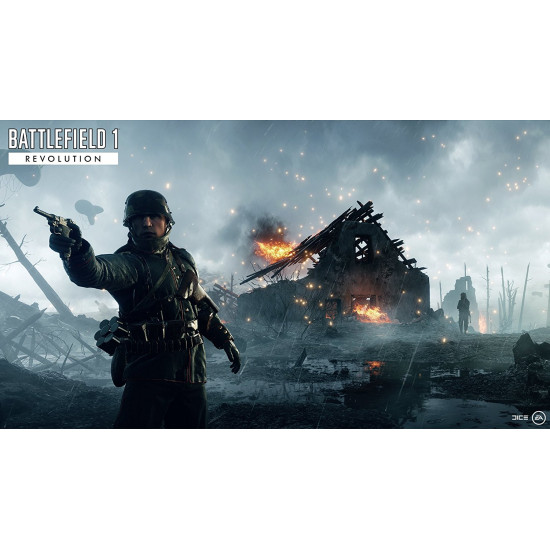 Join the strong Battlefield community and jump into the epic battles of The Great War in this critically acclaimed first-person shooter. Battlefield 1 Revolution is the complete package at a great value containing:

Experience the dawn of all-out war in Battlefield 1. Discover a world at war through an adventure-filled campaign, or join in epic team-based multiplayer battles with up to 64 players. Fight as infantry or take control of amazing vehicles on land, air and sea. And adapt your gameplay to the most dynamic battles in Battlefield history.

membership (sold separately) and an account for PlayStationNetwork required for some features, including online game features. NO WEAPON, VEHICLE OR GEAR MANUFACTURER IS AFFILIATED WITH OR HAS SPONSORED OR ENDORSED THIS GAME.  Conditions and restrictions apply.