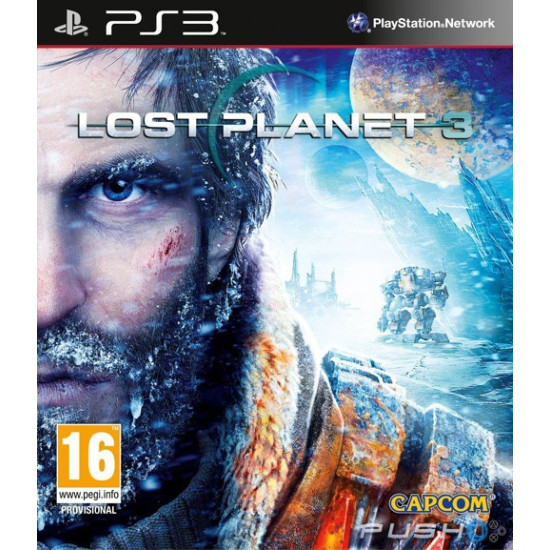 Lost Planet 3 is an upcoming third-person shooter video game developed by Spark Unlimited and published by Capcom forMicrosoft Windows, PlayStation 3 and Xbox 360. The game is the prequel to Lost Planet: Extreme Condition and Lost Planet 2 and takes place on the same planet of E.D.N. III. The game will take a more story-driven narrative approach to the campaign similar to the first game. Unlike previous games in the series, which were developed internally by Capcom, the game will be developed externally by Spark Unlimited with Matt Sophos serving as game director, though series creator, Kenji Oguro, is still attached as franchise creative director. This follows a recent trend of Capcom games being developed by Western developers rather than internally, such as DmC: Devil May Cry.

The game takes place long before the events of the first game, and hence the planet of E.D.N. III is still in an ice-age like environment rather than the tropical environment of the second game that occurs after the events of the first game. It takes place during the time of the first few human colonists on E.D.N. III sent there by the Neo-Venus Construction company or NEVEC, who later become the main antagonists for the series. The game follows the story of Jim Peyton, a colonist who is working for NEVEC and helping mine the planet and sending minerals back to Earth, where his family awaits him. The game, however, doesn't feature militarized VS bipedal mechs like previous entries in the series, and instead features mechs called Rigs that are the predecessors of VS mechs, given the timeline of the game. Unlike VS mechs, Rigs aren't militarized with weapons and instead are equipped with drill arms and claw arms for mining.

In the first game, NEVEC had become a dictatorial force on E.D.N. III having defeated the Akrid and only being left with defeating the Snow Pirates who were rebelling against their governance. However, in the game NEVEC has not yet become an antagonist and instead is helping make the planet habitable to humans by constructing thermal posts on the planet to combat the harsh icy weather conditions. Though as the story progresses Jim begins to unravel the dark secrets of NEVEC.

The Akrid, an enemy that has been present through the entire series, is suggested to be one of the enemy types faced by the main character. This was shown in a leaked trailer for the game.

The game's gameplay will be more similar to the first game with a story-driven adventure rather than the second game which replaced the story-driven narrative with a simple co-op and grind-heavy campaign. Using the game's mission-based mechanics, players can choose to take on core quests that progress the story, or side-quests to help out fellow colonists on the planet. The game will allow players to openly explore areas in a style similar to role-playing games with the ability to talk to non-player characters, obtain side-quests, upgrade equipment and build their own bipedal rigs using items gathered throughout the campaign. Thermal energy will no longer be tied to the characters life support, and instead will primarily be used as a form of currency, giving the player more freedom to explore E.D.N. III. Once again, the antagonists of the game will be the Akrid, "aliens" indigenous to the planet of E.D.N. III.
Tags: lost , planet , 3 , ps3 , region , 2 , (uk) , ps3 , games